Ask the Experts: Tips for Attending Your First AIHce EXP 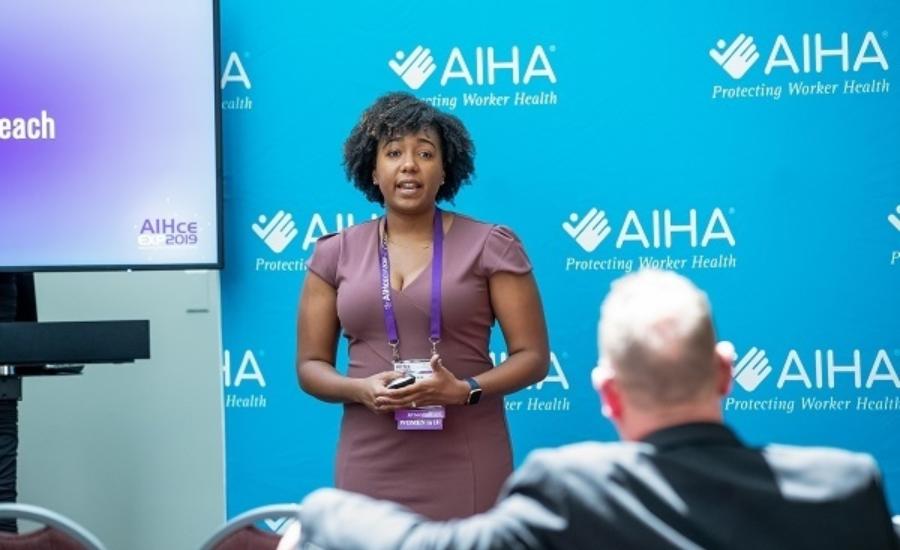 When three now-experienced occupational and environmental health and safety (OEHS) professionals discussed their first AIHce EXP attendances, all reported a common experience: being struck by the conference’s scale and high level of activity. Subena Colligan, CIH, CSP, described her first AIHce EXP as “a whirlwind,” while Tim Paz, CIH, reported the experience was “overwhelming” in terms of the volume of information he was exposed to. Felix Boachie, MS, CIH, CSP, agreed with this evaluation as well. “The reality is, there are just so many activities,” he said—citing the conference’s daytime education sessions, professional development courses, Expo Hall, networking events, and Fun Run—that “literally your whole day can be packed.” Nonetheless, all three AIHA members looked back on the experience as positive and shared tips for how first-time AIHce EXP attendees could ensure pleasant and productive experiences.

Colligan first attended AIHce EXP in 2019, when a video of her speaking on her experience as an OEHS professional in the aerospace industry was featured as part of AIHA’s “I Am IH” project. According to Colligan, much of the value of her first AIHce EXP resulted from the people she met. Particularly, she appreciated the conference’s Personal AIHce EXP Liaison (PAL) program, which pairs first-timers with experienced attendees, as a tool that helped her navigate the event. “It was fun to have a person to go to sessions with,” she said, “and just kind of digest [the conference with], because the conference center was pretty large.” Colligan added that she was still in touch with her PAL partner and others she met at her first AIHce EXP.

On the other hand, Paz first attended AIHce EXP in the 90s, and in less auspicious circumstances—he arrived at the conference in Anaheim intending to sit for his CIH exam after his airline lost his luggage for the trip. “If you overcome that and pass the exam,” Paz said, “then you can pretty much overcome anything.” Notwithstanding his bad luck, Paz described AIHce EXP as an “amazing” experience loaded with educational and networking opportunities: “Especially if you’re new in the field, [attending AIHce EXP] really pays dividends.” But even as a seasoned conference attendee, Paz noted that his enjoyment of the event was considerably improved by reminding himself to slow down and absorb the constant stimuli. “It pays to just go find a quiet corner to just sit and look out the window or go for a walk,” said Paz. “Your brain needs that downtime to reset and refocus.”

Paz further recommended for attendees to take time to relax after the conference as well as seek downtime during the event. “You almost need to take a day off when you get back because your brain is just so overwhelmed,” he said. “You need that time to unwind and gradually get back into your routine.”

Colligan suggested that one way to relax during the conference is to attend events hosted by AIHce EXP sponsoring organizations. While many people regard networking events with trepidation, Colligan reported that they could be fun, low-stress outings and get-togethers, such as museum trips and happy hours. “We talk about—because we all need it—the time to recharge. But the time to be able to have fun with our colleagues—I feel like that really helped build connections for me, too,” she said.

This advice to plan for time to decompress resonated with Boachie, who said he would have appreciated hearing it before his first AIHce EXP in the 2010s. At the time, Boachie was both still a student and planning a career change. He hoped to attend the conference to learn about the industry he was going into. What contributed to him having a positive conference experience was finding his “why,” that is, his reason for being there. “At that conference in Portland was where I met two key, important individuals who ultimately led to me getting my first job in that industry,” he said. “So, for me, [AIHce EXP] was truly transformational.”

Identifying your “why” was a step that Paz also identified as important to planning your conference schedule, and he advocated formulating a backup plan as well. “Unfortunately, sometimes rooms get overcrowded and you’re kind of scrambling to find another session,” he said. “But if you have a Plan B in advance, you know where to go to if the unfortunate happens and they’re turning people away.”

“Or, if you have a coworker that’s attending, Paz added, “you can divide and conquer. What sessions will get you the most bang for the buck for your company or organization?”

AIHce EXP is an opportunity to learn and advance your career, but above all, it’s a social event. The social aspect of the conference has never been clearer or more important than now, after two years of exclusively virtual conferences and general social isolation. Paz’s final advice was to go with people you know, while Colligan and Boachie both stressed the colleagues they met at their first AIHce EXP attendances. Although the conference can seem overwhelming, keep in mind that it’s also a chance to connect with people.

If you’re still apprehensive about your first AIHce EXP, the Attend the Expo and For First Timers webpages are available for more information. You may also attend the First Timers’ Webinar, sponsored by DuPont and held on May 11 at 2:00 p.m. Eastern time, or the on-site First Timers’ Orientation Meet and Greet (also sponsored by DuPont) held the morning of the first day of the conference, Monday, May 23. On the AIHce EXP blog, posts cover tips for navigating the Expo Hall as a first-time attendee and a recent question-and-answer session with Boachie, who gives additional advice for early career professionals attending the conference.

Thank you to our AIHce EXP 2022 sponsors: 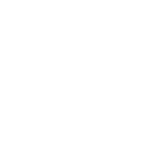 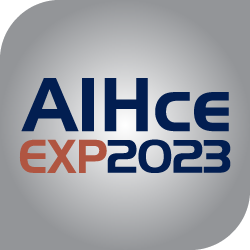