What to Do in Nashville During AIHce EXP 2022 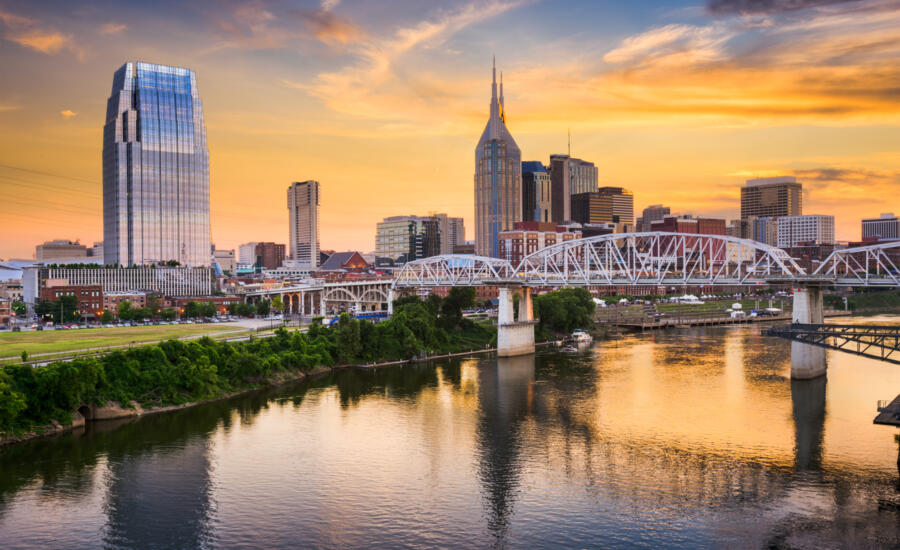 Whether you will be in Nashville for only one day or for the full three days of AIHce EXP programming, you won’t get bored in between conference events or in the evenings after the conference closes. Nashville has much to offer!

If you are looking to have a good, foot-stomping time, downtown Nashville is the place to go. If Nashville, officially nicknamed Music City, is the undisputed home of country music, the downtown area is the city’s vibrant center. Here, in between honky-tonks dripping with neon and bars hosting live sets every night of the week, you may find some of the city’s best down-home barbecue joints, museums packed with musical memorabilia, and shops where you can purchase cowboy boots.

2. The Country Music Hall of Fame and Museum

The museum features displays of historical performances, costumes, instruments, gold records, and other memorabilia connected to the past and present of country music. The permanent core exhibit, titled “Sing Me Back Home: Folk Roots to the Present,” takes visitors on a multi-media tour through country music history. Other highlights include a Cadillac that belonged to Elvis Presley and a 40-foot guitar. The museum collection contains more than 250,000 sound recordings and over 900 musical instruments.

The Hall of Fame and museum are not the only opportunities to take a deep dive into country music. Guided tours of the historic RCA Studio B, located nearby, are also available. The Johnny Cash Museum might be another stop on your Nashville itinerary: here you will find a vast collection of artifacts related to one of the country's leading music legends.

A cruise on the General Jackson Showboat, a modern, four-deck, paddle-wheel showboat named after the first steamboat to operate on the Cumberland River, is another great way to get your country music fix. First launched in 1985, the showboat is a Nashville fixture that offers delectable dining, entertainment, and views of the skyline during lunch and dinner cruises. It’s recommended to book one of the General Jackson’s dining and show packages to receive the best experience.

The John Seigenthaler Pedestrian Bridge is a truss bridge spanning the Cumberland River. At 3,150 feet long, it is one of the longest pedestrian bridges in the world. You can not only stroll to Cumberland Park via the bridge but also admire beautiful views of the cityscape from the bridge itself.

5. The Parthenon and the Statue of Athena

No one expects to visit Ancient Greek monuments in Tennessee, but Nashville may surprise you. In fact, the city is also nicknamed the Athens of the South because of its dedication to learning—the city is home to 24 institutions of higher education. In 1897, the city built a full-size replica of the Parthenon in Athens, Greece, as part of the Tennessee Centennial and International Exposition, a celebration of the state’s hundredth anniversary as a member of the Union. It is now an art museum located in Nashville’s Centennial Park. Here you can visit a colossal statue of the goddess Athena and spot many other famous figures from Greek mythology, including Nike, Zeus, Apollo, Poseidon, Pegasus, the Amazons, a Sphinx, and the head of Medusa.

What to Eat in Nashville

If you want the kind of place frequented more often by locals than tourists, check out this old-school style cafeteria. Friendly staff, great food, and a very casual atmosphere are the essence of Dandgure’s. According to reviews, here you will find the best meat-and-three meals—that is, the patron selects a meat option and three side dishes—as well as a cornbread cake that is to die for and an excellent peach cobbler.

Hattie B's is a family-run restaurant known for its Southern fried chicken, but don’t skip their homemade sides, such as potato salad, black eyed pea salad, and grits. Their fresh-squeezed lemonade is a true southern experience in itself! As for their desserts, patrons say that Hattie B’s banana pudding and peach cobbler are so good that calling them “stellar” doesn’t do them justice.

Biscuit Love serves a variety of breakfast, brunch, and lunch options made entirely from scratch. Their “Princess” entrée—a buttermilk biscuit topped with spicy fried chicken, pickles, mustard, and honey—is a must! Biscuit Love’s chicken is perfectly crunchy, the biscuit flaky, and the fruit tea—Southern sweet tea with a mix of fruits—is refreshing and delicious on hot Nashville days. Don’t skip the desserts: the “bonuts” (fried biscuit dough over blueberry compote) are rich and full of flavor and the “b-roll” (a biscuit cinnamon roll) is amazingly indulgent.

Regularly listed among Nashville's best BBQ joints, Edley’s will not disappoint. If Dandgure’s is the place where the locals go for good fried chicken, Edley’s is where they go to eat delicious BBQ. Edley’s offers a relaxed atmosphere plus top notch BBQ in the meat-and-three style. Must-have orders include the “burnt ends” brisket, the pulled pork, and the smoked wings.

When it comes to vegetarian and vegan dining, Nashville is at the top of its game! There are a variety of vegetarian and vegan restaurants in town, and many non-vegan eateries offer plant-based options. Be sure to try The Southern V, where you can find the most delectable vegan comfort food in Nashville, and Woodlands Indian Vegetarian Cuisine, which offers dozens of vegetarian and vegan dishes. You might also stop at The Wild Cow to try their black bean patty melt and chipotle seitan tacos, the Graze for spaghetti and wheatballs, and the Sunflower Cafe for delicious vegan BBQ. Don’t miss out on the vegan po-boys at Vege-licious or the Nutella panini at Grins Vegetarian Cafe.

If you are looking for a more international flavor, Two Ten Jack, a Japanese-style izakaya, or neighborhood pub, and The Pharmacy, a German-style burger and bratwurst bar, have you covered!

Ready to explore Nashville? Join us at AIHce EXP 2022 and take Nashville off your bucket list.

Thank you to our AIHce EXP 2022 sponsors: